We’ve just completed our Fall Break Camp here at Kentucky Museum and it was a blast! We had thirteen campers this year, and each created all sorts of wonderful arts and crafts to take home. We started off by exploring the Nelson Mandela exhibit together. After discussing Mandela’s accomplishments, each camper created a quilt square of their own. They really enjoyed getting a chance to use the paint markers on canvas to create their own designs, most of which were inspired by the exhibit, Mandela, or another great leader.

To continue our discussion of Nelson Mandela, the campers also collaborated to create a large collage. First, each camper designed their own pattern. Then, they voted on the five patterns that they liked the most. Working together, the campers took turns drawing, cutting, and gluing pieces of paper to create the top five patterns and placed them on a canvas to form the South African flag. Adding a final touch, they cut and glued pictures of Nelson Mandela onto the flag as well. Throughout the week, the campers continued to build on their abilities to recognize and create patterns. 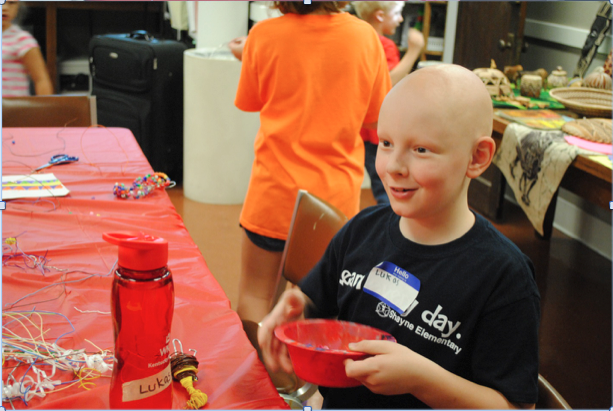 We also visited the Reminders of South Africa: The Nancy Baird Collection exhibit and identified colorful items made from wire including a basket and a giraffe figure. The campers got creative and made their own wire sculptures; some of the items they made were a cat, a butterfly, a fish on a fishing line, jewelry, and a back scratcher!

The last exhibit we looked at was the Happy Street Signs exhibit, an exhibit of street signs with positive messages posted on them. Using vinyl, poster board, and letter stickers, the campers then designed and made their own happy street signs through which they were able to express their own values and experiences.

Other projects we worked on were paper weaving, maze booklets, and watercolor landscapes. Before painting the landscapes, we went outside as a group to sketch part of the landscape around the Felts House or the Felts House itself. After sketching, the campers were given a short lesson on using watercolor paints. We navigated some of the difficulties of using watercolors as we went along, and each camper was able to create a painting they were happy to take home. 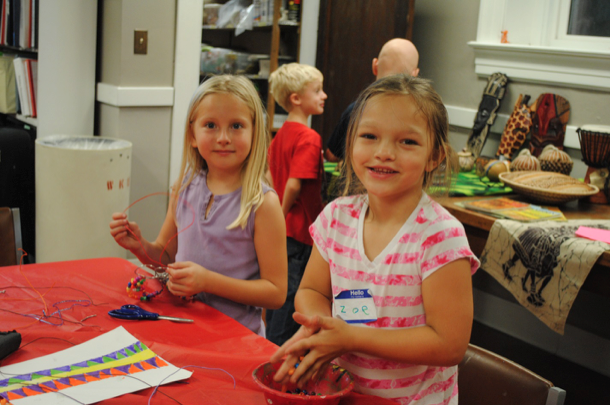 It was a wonderful week in which everyone found new ways to express their own personalities! Each camper learned new art forms and made plenty of their own creations to take home and show off. They learned about patterns, designing their own art, and working together. We can’t wait to do our next camp!

The Kentucky Museum is located in the Kentucky Building on the campus of Western Kentucky University. The Museum houses several changing exhibits. There are a variety of partnerships, services, opportunities, workshops, camps and other outreach provided to the public each year. View more posts